Find out what’s on in Istanbul with IstanbulView.com’s regularly updated event guide featuring reviews of the best events, festivals and concerts in town.

Demi Lovato to perform in Istanbul On the Istanbul stop of this global tour, are you ready for an unforgettable experience with the best of electronic music, Armin van Buuren, Martin Garrix and Sunnery James & Ryan Marciano? Famed musicals from Broadway and Hollywood will appear in Istanbul during the new season at Zorlu Center PSM. Among these productions are “Beauty and the Beast” and “The Phantom of the Opera.”

33rd International Istanbul Book Fair is around the corner The theme for this year’s fair will be “100 Years of Turkish Cinema” in celebration of the centennial of Turkish cinema.

Gifts to Ottoman sultan go on display in Istanbul 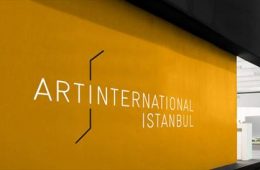 The second ArtInternational art fair will be held at Haliç Congress Center in Istanbul from Sept. 26 to 28. Art enthusiasts will enjoy artwork from 80 different galleries from 24 countries around the globe, including Finland, the United States, China, and Saudi Arabia. Lady Gaga’s 2014 world tour, “ArtRave: The Artpop Ball,” is coming to Istanbul this September and promises to be a REAL party, and an experience not to miss. It is Tulip time in Istanbul again, as the the 9th International Istanbul Tulip Festival kicked off this April. 20 million tulips of 211 different species have been planted in gardens, parks and squares all around the city from Tuzla to Silivri.

Metallica set to return to Istanbul this summer Heavy metal icon Metallica is set to return to Istanbul this summer to performance on July 13. Ticket holders will be able to choose the songs they would like to be played by the band. 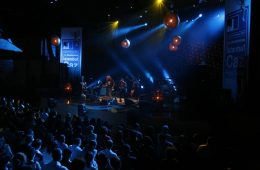 July is the time when Istanbul will be brightened up once again with the legendary names... The 33rd Istanbul Film Festival will show over 200 films in over 20 categories, as well as panels, workshops, and master classes with expert film makers for two full weeks.

Picasso engravings to be exhibited in Istanbul Between Feb. 5 and April 20, Istanbul’s Suna and İnan Kıraç Foundation at Pera Museum is...